Want to see an angel shark in Tenerife? 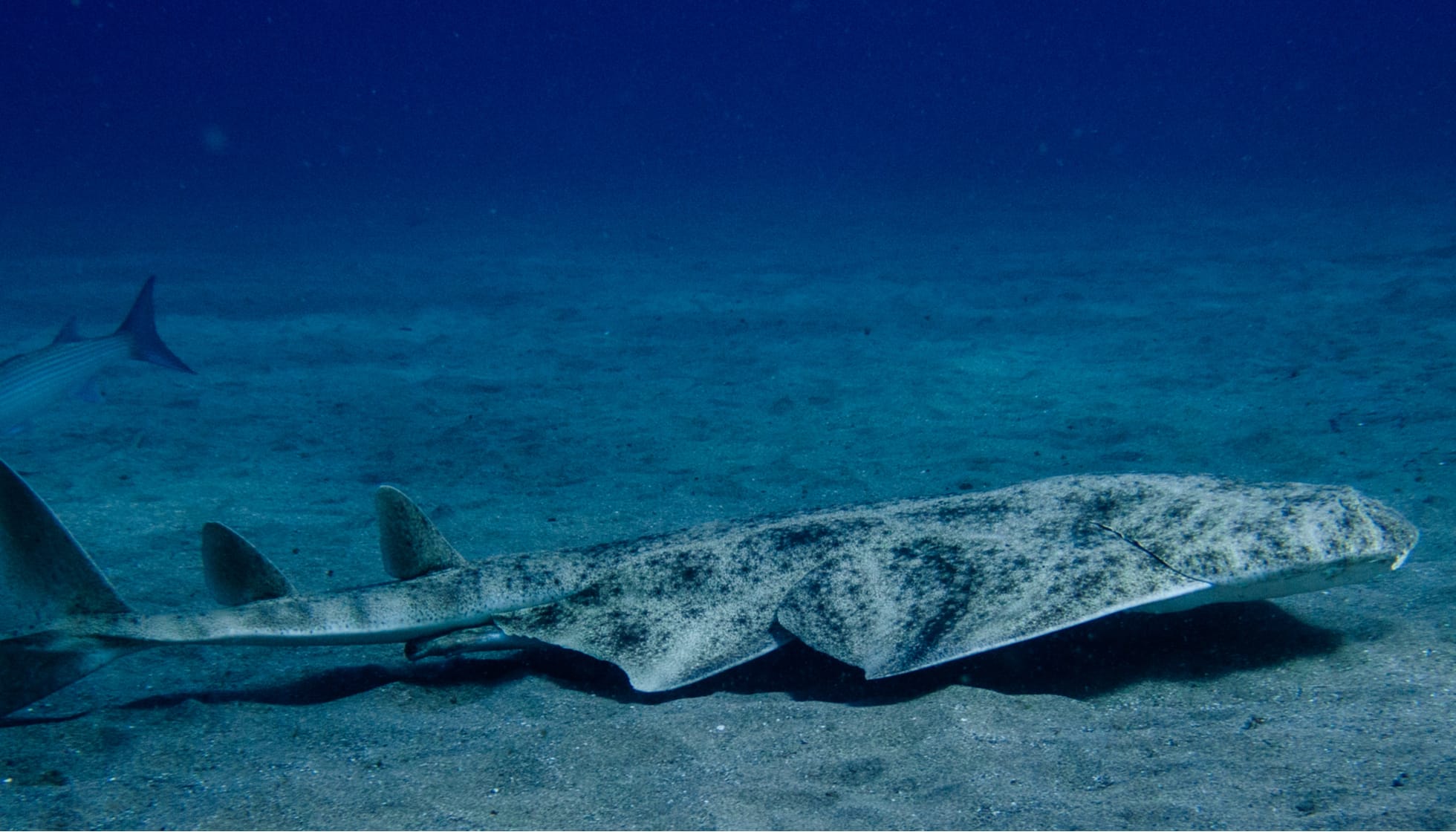 But don’t worry, they are really harmless.

They are striking in appearance, with a compressed body and wide pectoral fins. The angel shark or angel fish is a species of shark in the family Squatinidae, generally known as angel sharks. Well adapted for camouflage on the seabed, it has a flattened shape. This species can be identified by its wide, thick body and gray or brown dorsal coloration with numerous small dark markings. It can reach 2.4 m. 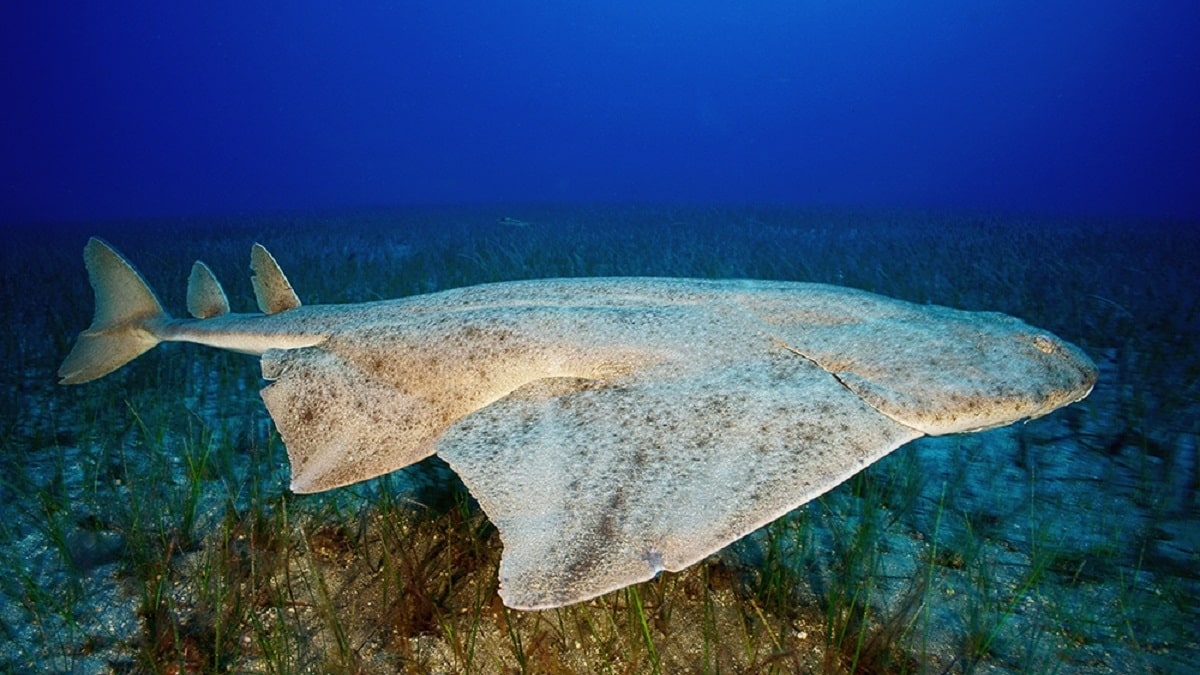 The angelshark is a nocturnal ambush predator that waits buried for its prey, usually other small fish but can also catch rays and invertebrates. It is ovoviviparous, with females giving birth to litters of 7 to 25 young every two years.

It is normally considered to be of little danger to humans and is usually shy, but if provoked or disturbed it is quick to bite. For this reason, it is very important to respect their space.

Since the mid-20th century, intensive commercial fishing in its sighting area has produced a decline in its population. It is locally extinct throughout the northern part of its historical habitat, and the remaining populations are highly fragmented, making its situation very precarious due to its slow rate of reproduction. Healthy subpopulations of angel sharks still persist in areas of North Africa and around the Canary Islands. but for this reason, the International Union for the Conservation of Nature (IUCN) has classified it as critically endangered, and since 2019, it has been included in the National Catalog of Endangered Species. Under this protection, its capture, manipulation and/or disturbance is prohibited.

For this reason, there are worldwide plans and projects for the conservation of the angelshark, such as the PADI Angel Shark Couting Project or, at the local level, the Angel Shark Project Canary Islands, which has been studying the Angelshark on the islands for 8 years and seeks the collaboration of fishermen. to help ensure its conservation.

So don't forget, if you're lucky enough to come across one, enjoy its beauty without disturbing it!