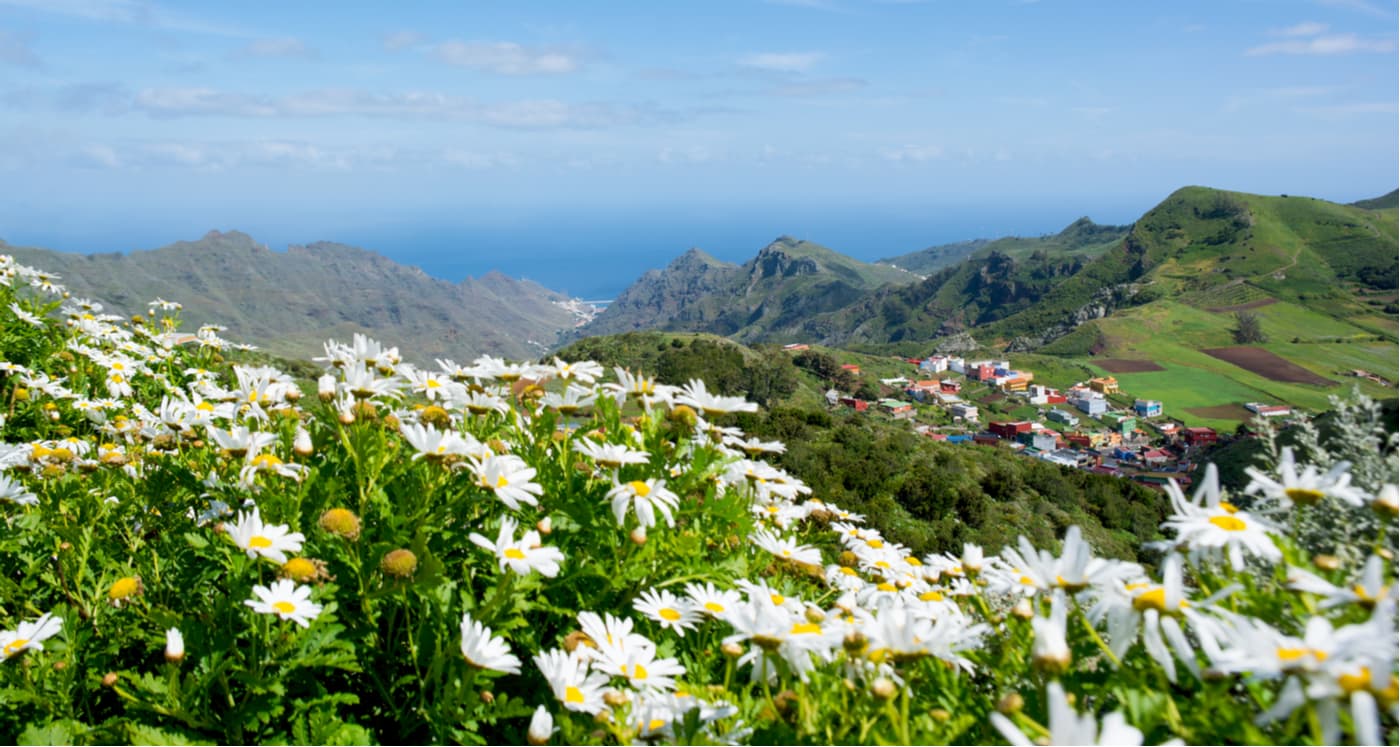 The most popular question of people who have never been to the Canaries is at what time of year is it better to come? My answer to it is anytime! The answer lies only in who is looking for something on the shore, in his free time from diving. Because the ocean is rich in underwater discoveries all year round.

If you are not tied to summer holidays and vacations, the perfect time to buy tickets and choose housing (for price and workload) is the beginning of September: everyone has separated, the weather is beautiful, prices for everything have fallen several times.

If we are talking about super-comfortable diving, then the optimal time for this is October: always quiet, always calm, always warm. Blue clear water warms up to 27 degrees, which pleases not only divers, but also underwater animals - the main characters of our dive.

However, at this time Tenerife becomes a point of attraction for Europeans who enjoyed their Mediterranean in the summer. In the fall, they come to us to extend the summer.

After that, the off-season comes - mid-November is a quiet time, in which there are also its charms, and behind that - a luxurious winter season, with a gradual decrease in temperature.

Winter on Tenerife is short - literally a couple of weeks in January. In February, almonds bloom - a landmark fact thanks to which all local people learn about the arrival of spring. From this moment it becomes warmer, although the island does not have time to cool down in such a short time. At the same time, it was in February that snow could fall high in the mountains. Surprisingly, when you arrive in winter, you have every chance to swim on one side of the island, get into the car, drive him through the serpentine, through the snowy mountains, past the volcano, just below see the spring thickets of flowering almonds, and then go down to the beach on the other side, get into the boat and sunbathe on the way to the dive site, where you can make friends with turtles in twenty-degree water! Tenerife is included in the Guinness Book of Records - in winter on the island you will meet all four seasons!

During a couple of weeks of early spring (February), weed begins to bloom in the ocean and the water becomes not so clear, but this has pluses: a "crowd" of fish appears, which has swam it to reap.

On the border of winter and spring, stingrays disappear for a short time - they go to give birth to offspring. In April, you can meet humpback whales, and by chance, as was the case with me, when I walked on a boat from a diver (their migration path lies through us). And then comes the summer...

The most "packed" months of the year are July and August. Hotels, apartments and tickets cost space money, in addition, they are usually booked for a long time. Dense traffic here is even at a depth, what to say about the coast: parents with children, noisy European students, tied to vacation dates and just tourists occupy the island. Comfortable air and water temperatures attract our compatriots and residents of northern Europe. This is a great time for yachtsmen - the wind blows perfectly, the sun shines magically, the fruit is worth a penny and you can escape from the bustling coast to the ocean.

At this time, we try to go away and dive on remote sites.

All the weather swings described above do not affect the diver in any way - it is chic at any time. Just in October you dive in a three-millimeter suit or in shorts in general, in winter you just dress warmer (a 5 mm wetsuit is quite suitable and do not forget the helmet!). Blue waters, underwater landscapes and animals do not disappear anywhere - there is no strict seasonality for diving on Tenerife, you can dive here all year round.

It must be understood that Tenerife is washed from all sides by the ocean, and not by a calm sea, by this at any time the dive can be both mega-comfortable and almost extreme. The time when the dive on Tenerife becomes uncomfortable is the approach of the current of Mar de Fondo, depending not on the time of year, but on the phase of the moon. At this moment, the water becomes cloudy and the beauty of immersion in the crystal Atlantic can be corrupted. Fortunately, this happens no more than 3-5 days a month, so this cannot be called a serious downside. Moreover, the advantage of the island is that on some side it is always good: if the wave came from the North, then in the South - calm and diving. In a word, we always go to sea for diving.